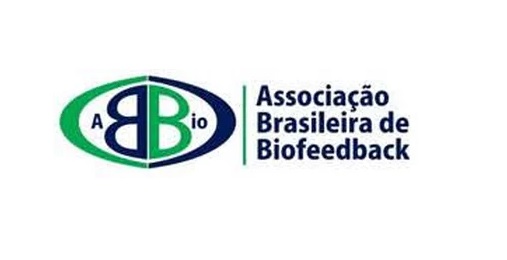 ABBIO – The Brazilian Biofeedback Association is a non-profit Brazilian nation association with international partnerships, yet without any political partisan interest nor affiliation, made up of people committed to the transdisciplinary technique Biofeedback and including the secondary modality of the technique, Neurofeedback. We are composed of people coming from various professions from two main areas: Health and Education. However, we also enjoy the participation of engineers, mathematicians and even athletes. Some people join ABBIO for the simple interest in better understanding the processes that occurred in their lives when they were served as clients and obtained surprisingly positive results. This variety of professionals is united through a deep respect for the technique and belief based on experiences that Biofeedback and Neurofeedback are innovative techniques that are becoming more and more widespread in our society.

The actions developed by ABBIO aim to contribute to the improvement of the professional practice of the area; to facilitate the exchange of information, knowledge and experience among its members; to stimulate initiatives that enable networks of mutual support, as well as to promote the dissemination of technologies and knowledge contributing to the continued development of Biofeedback in Brazil.

Mission: To establish in Brazilian society the Biofeedback technique as a didactic, non-invasive, and non- pharmaceutical method, capable of promoting the psychophysiological well-being of its practicants.

Vision: To be a representative association of Biofeedback and Neurofeedback, promoting the exchange of knowledge with licensing boards and bodies of similar classes, inside and outside Brazil.

The first efforts to found ABBIO began in 2007, with the movement to form Biofeedback Study Groups together with universities in the states of Bahia, São Paulo, Santa Catarina and Rio Grande do Sul. At the end of that year, in a meeting in the state of São Paulo, the proposal was made to declare officially the foundation of the Brazilian Society of Biofeedback, which would be called SOBBIO- The Brazilian Biofeedback Society. 47 people participated in this foundation. But the will to exist and to serve was not enough, and SOBBIO suffered delays in its recognition in the registry due to a change in the Brazilian civil code no longer allowing the formation of non-profit scientific “Societies”. Thus, in 2008 the name was changed to Brazilian Biofeedback Association: ABBIO. This new entity would still undergo some modifications and go through bureaucratic processes, before being officially accepted. Nonetheless, these mishaps did not prevent the Association from working through annual meetings to disseminate research papers, encourage publications, support new people in the field, define their mission, vision, values, and maintain an open list for discussion of the technique and its potential, both scientific and social.

In 2009, together with the General Assembly, we held the first national symposium, in which colleagues presented their work and developments in the field. Finally, in 2010, a second minutes of the Foundation of the Brazilian Association of Biofeedback was drafted. This year the first Brazilian Biofeedback Seminar was held, which was attended by the internationally renowned researcher in the use of cardiac biofeedback (HRV), Prof. Dr. Paul Lehrer. With an official foundation on December 20, 2010, ABBIO has been progressively structuring itself to offer the services and the reference sought for many years. In 2013 we held, with great success, the first national Biofeedback Conference that counted on national and international speakers. Our conference was brightened by researchers Dr. David S. Cantor, a reference in working with autism, and by Dr. Leslie Sherlin, who uses the technique in training high-performance athletes. The moment of the conference was a great exchange, in part thanks to the high number of participants, both in the lectures and in the workshops offered. In 2015 we held the 2nd National Conference that had the presence of national and international speakers. With great pleasure, we received the presence of Dr. Cynthia Kerson and also Dr. James Thompson. Both brought to us the news about their research and work in the field. The 3rd National Conference occurred in November of 2017. Again we had a wonderful time together and our meeting had the bright presence of Dr. Hanno Kirk and Santiago Brand. They both gave us great themes in their lectures. All these events enjoyed the participation of innovative, high quality and engaging presentations given by Brazilian professionals as well.

The more we advance in our work, the more we are pleased to see our participation and interest grow in this area that is still new in our country, but which nevertheless shows its importance in the initiatives and work of our members and the clients they serve.

For us is a great victory and advancement is for the ABBIO have had established this fundamental partnership with ISNR. This will bring great evolutions for our members and for the field overall.